The resurgence of the Gillet Jaunes movement 5th January 2019 has seen a resurgence in the numbers of yellow vests on the streets of Paris. Not only were the numbers up across Paris, we also saw an influx of people in Marseille, Lyon and other smaller French towns like Calais. Following the protests from this morning on various social networks, a peace had descended throughout the crowds. The people were voicing their anger in a dignified and resolute way. A letter addressed to Emanuel Macron was read out over speaker phone in front of the Paris City hall. Police had seemed to almost keep the protestors within an area around the Champs-Elysees, where ever the cameras went, it was not long until they were met by another cordon of police vans and riot squads. 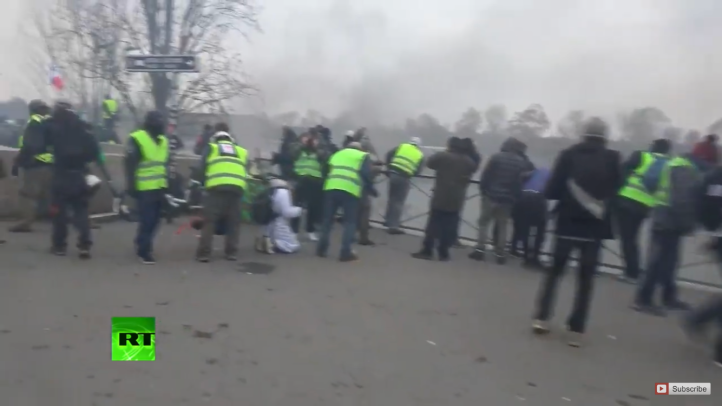 Going through the live feeds by people in on the streets, which were in different parts of the city. What was clearly evident, the festive period had come to an end. Immediate family had gone home, the days of pigging out in front of the tv watching far too much Christmas movies had passed. Back came the passion levels, seen pre-Christmas time. Although the mainstream media have spun fake news stories about the flames of revolt have been extinguished. Things could not have been more different today. I saw students out, workers, and other people chanting Macron Demission, all in unison. A unified voice billowing out from within the crowds of people in Paris, in Marseille and in Lyon. The protests seemed to be organised today. There was a clear evidence of direction by people, with the aim of gaining the greatest effect. In the early hours of the protests, I witnessed the riot policing talking with the Gillet Jaunes, albeit only small talk. But as the day progressed. I am guessing that orders were given for the police to hold their lines. It is a very scary sight to see a fully outfitted riot squad member with his bulky shield, helmet and baton. When you have a long line of them, backed up by the same, just minus the shields. It soon becomes a very antagonising sight to behold. Watching it live through a lens does not give true justice to the sight that wa confronting the protestors. All of whom want nothing more than to halt the globalism that has destroyed Europe. The elite and the high privileged classes of society and the Utopian ideals of them have to be stopped. This is the Gillet Jaunes purpose.

While in my research throughout today I came across live feeds from Manchester and London. Now everyone. This kind of protest is a new thing in UK. There were heavy handlings of protestors in London that very much reminded me of the third round of the Gillet Jaunes, when it first came to hit Paris. Brutality was on show then, as it was in its infancy stages. What is happening in London is just a mirror image of what Paris endured. In my opinion, these protests go through stages. The grassroots level movement gives rise to a feeling of unity with the population, it moves onto the large numbers of people on the streets, voicing concerns, without any violence, just the aim of disruption- no malicious ideologue. It then seems to move through into a stage that starts to get marred by the likes of the mainstream media, twisting stories to create news worthy stories. Although those stories eventually come out as being total malicious lies, the politicians get involved, with their own ideas of good, bad, right and wrong. This project itself onto the streets with Police brutality (as seen today on the streets of London), tear gas, injuries. I have not seen any evidence as of yet to the next stage. The Paris protests are an amazing example of the progression in these stage process.

I will myself, being attending the protests in Manchester in two weeks’ time. It is my aim to be able to witness first hand the feel of what is happening on the streets. To witness whether or not there is brutality being shown from both sides. Or whether there is fake news being concocted by a mainstream media that no longer can be trusted to report on the facts as they unfold. I will make it down to London at some point. However, getting to Manchester at the moment is easier than getting down to London. 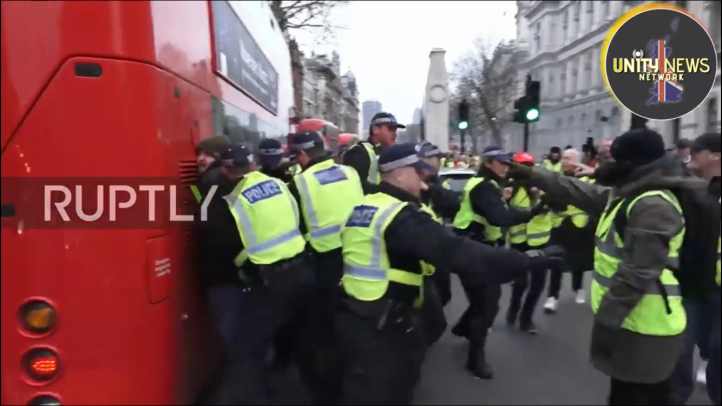