Today saw a different approach from the Gillet Jaunes. The 6th January saw an all-female protest. This move was highly symbolic. It showed the unity between the people on the streets and that it was not just the men that were making all the noise. Todays protest was a much more subdued affair. Women holding banners, chanting anti-Macron and anti-government choruses. All the while it seemed that the only men that were present on the streets were reporters, journalists and husbands- in attendance to show support of their wives. It wasn’t just in Paris that this new initiative was put into motion. Right around France. Marseille to Caen to Lyon and further beyond. Just from viewing in live, there was a feeling of something in the air. Something felt different. Perhaps it was the fact that everything didn’t descend into outright chaos and disorder. Just like the female half of society. It was organised and in total unison. After disrupting traffic in the square of Paris. A large group of women stood together, and all sang Marseille on the March, outside the Bastille Opera House. Together they all sang the French national anthem-in unison – together. Symbolic of a united front against the authoritarian elitist culture in power.

– Yellow is the colour of unity

There was the odd outburst of over zealous women. But unlike the scenes of the previous day-that of anarchy and bloodshed amongst streets filled with tear gas. The police used pepper spray, lightly to disperse crowds. Was this kind of violence towards women necessary? In my opinion. It was not needed. It just showed that the GenderMarie are willing to take any step necessary to provoke what was a nice day out and a peaceful protest. It was in Toulouse today that saw around 300 women for a line of solidarity behind a banner that-translated to English read:

“precarious, discriminated, revolted, women in first line”. “Macron you’re screwed, chicks are in the street,” they chanted, “framed by a discreet police presence”.

You can understand why this was a symbolic approach. After the brutality of yesterday. All attention was on France. Very smart on the part whoever played this out. It guaranteed the most effect from media around the world. All of them taking an interest in the events that were unfolding from the previous day. A woman by the name of Karen, a founder of the Facebook page ‘woman yellow vests’ and nurse from Marseille explained that “In making this first women’s demonstration, we wanted to have another channel of communication than violence, because all that emerges from the movement in the media is the acts of violence and we forget the substance of the problem”.

“The government wants to make us look like thugs, but today we are mothers, grandmothers, we are the daughters, the sisters of all citizens, and we want to say that (…) our anger is legitimate. It’s during social crises that women’s rights are most at risk, “said Chloé Tessier, 28, a riding teacher.

In Saône-et-Loire, in Montceau-les-Mines, a hundred women in yellow vests also parade Sunday morning. Among the demonstrators, a young woman pushed a stroller with the inscription: “I am a girl and I do not want any child in this world”.

The Yellow jackets are not just out in force on the weekends. It is an ongoing action. Tomorrow, there will be Gillet Jaunes disrupting traffic, trying to bring the whole of France to a slow crawl. So far it has been working. The French economy is taking a financial hit from the disruptions caused. Yet Macron, his government and the elitists agenda his blind to the calls of the people. How long will it take for Macrons own to turn against him? It has only been two months so far. There is still plenty of time for the Gillet Jaunes to get what they want. Because they will not go away. They have created something that has affected not just the French. But has also resonated in the hearts and minds of the English, Germans, Dutch and so many other sovereign people throughout Europe and the world. The Yellow vest movement has brought to light the corruption and totalitarianism of governments that the people are open to now. 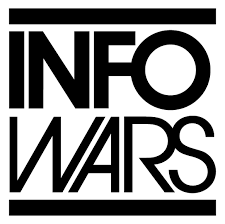 Today’s protest was in my opinion a resounding success. The government will not be able to use their corrupted media outlets to spin a bad light on this. It is important now that the momentum gained against the government, clearly shown by the events on both Saturday and Sunday follow through to the week days in which peaceful forms of protest are visible. This is not shown by the mainstream btw. In their corporate view. Its not news worthy. Why? Because its not violent enough for them. The French government can not use this as leverage.